Located at 3052 kilometers from Buenos Aires by road, isolated from the continent by the Strait of Magellan, some people consider Ushuaia too far off. In fact, that’s why in 1906 they chose this place to build a prison. Those who do make the effort, will be amazed by its perfect setting at the foothills of the Andes mountains with the Beagle Channel in front, separating Argentina from Chile. Ushuaia is the self-proclaimed southernmost city in the world. They’ll make sure you won’t forget either. Where else can you find the most southern ski slope, post office and golf course in the world? Right! Basically everything you can put FIN DEL MUNDO (end of the world or world’s end) after or for you will find here in Ushuaia. The motto seems to rub it in. The whole fin del mundo thing is mainly invented for tourists anyway. It sells.

This ’southernmost in the world’-thing would not all be so interesting if there was not at least a dispute to the fame. The neighbors in Chile on Navarino island claim Puerto Williams is the southernmost city as it is some 50 kilometers further south on the Beagle Channel. However, with only about 1.000 inhabitants and lacking infrastructure Chile’s claim to fame is dismissed by Argentina’s fueguinos.

What defines the end of the world? I don’t know. A fact is that all roads seem to end here. Some may be disappointed, expecting to find something else. Others will experience this end of the world feeling watching over the Beagle Channel, mesmerized by those times when the coast was occupied by indigenous people in canoes and when the Beagle sailed this waters with Darwin on board. Yet others will dream of going even further south, crossing the Drake Passage to visit the seventh continent, Antarctica, only one thousand kilometers away.

As always, the magic is in the eye of the beholder. It’s the end of the world and the beginning of everything, as they say in Ushuaia. Works for me. 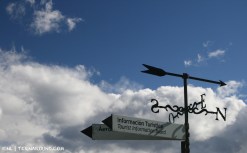 Tourist sign, not necessarily pointing in the right direction 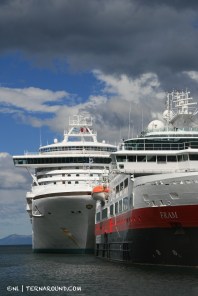 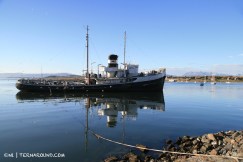 The airport is located on a peninsula in the Beagle channel 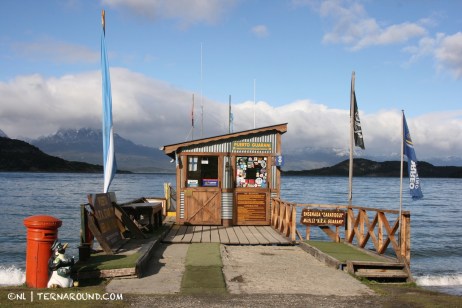 The famous post office at the end of the world 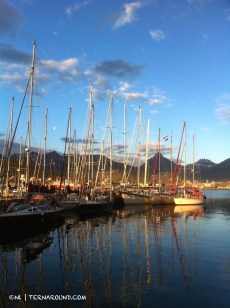 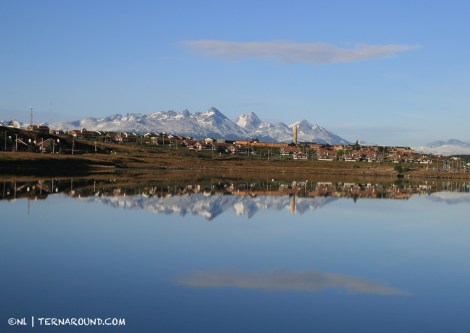 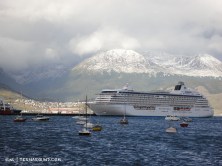 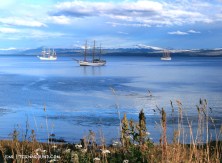 Latin American frigates in the bay 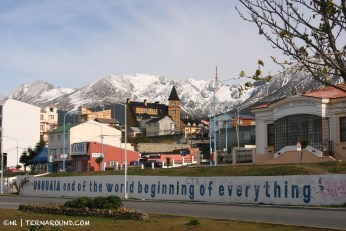 The end of the world, beginning of everything 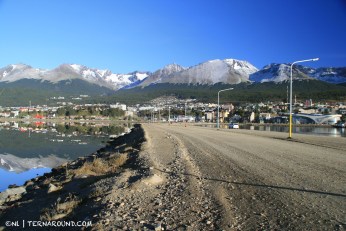 Ushuaia round view from Martial 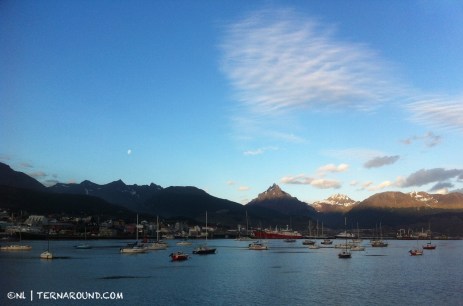 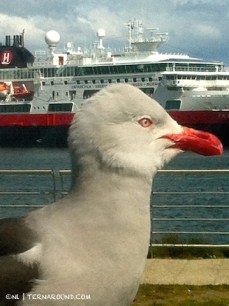 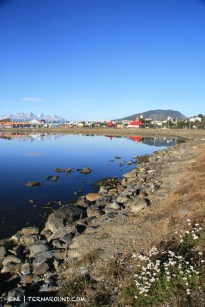 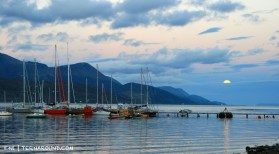 A full moon rising from behind the clouds 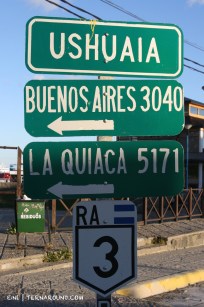 Over 5.000 kilometers from South to North